Consciousness and How You Play the Cards Dealt


A few nights ago I was playing Solitaire on my ipad before going to bed. I will admit I do this most every night in utilizing the screen’s yellow night light to relax my eyes and brain. Or that is my convenient excuse provided by my helpful neuro ophthalmologist. She gets paid a lot to know these things. 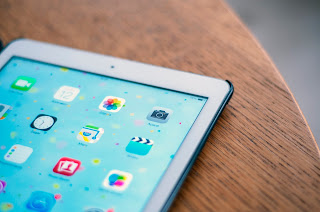 I have played Solitaire for years. I tend to win 80 to 90% of the time these days. It used to be more 70-80 % of the time when I cared and was invested in outcomes and winning and competition and such.

I think of my dad when I play. Dad was 92 when he passed three years ago. In the last 5 years of his life I would travel from Portland OR to San Diego, CA to see him two, three or four times a year. He was then losing his short term memory and he and I would play Solitaire. The cards were good for dexterity and memory.

Consider the brain skills in playing Solitaire you need to use: All those alternating red/black cards in descending numerical order and the suits in their separate color piles in ascending order. My dad never had time or patience to sit and play cards during his life but he would play Solitaire with me as it was a way for us to be together in time.

We both knew that we were filling time with being together and nothing more. Just being together in ways we had not shared during his busy life and mine.

And playing with him, this style of interaction of him figuring out what cards and where to play them was a great lesson for me about letting go and shifting gears about time and space and experiencing my emotions of all kinds. In just being present with my dad.

I let go of the dynamics of win/lose and playing with and against the odds and against myself. It all became about how you play the game as a way of connection and actions that filled time to fill time in moments of comfort as life winded down. It was not about doing. It was about being.

It filled that time with love, humor and the pain of watching an incredible man lose his grip on his story of reality and what his life had been about. The issues and emotions that had formed his life. It was about when we would stop and hold hands. To watch the intelligent, crafty, funny, Rube Goldberg thinker manifest and then decline. And to be there for the child of the Great Depression of the 1920’s and 30's and subsequent hard life who was still present. Sharp as a tack in conversations and so very funny in wit and awareness up to the very end when all else was failing.

He was aware enough to know what was going on and feel the difference from the past. He would look at me as I gently suggest he look again at the cards and eventually point the correct card position for placement if needed. With the increasing different kinds of short term memory loss he was truly in the moment as he could not remember what he had eaten 15 minutes earlier. And when he was losing his long term memory of timed events of the past he still knew me to the very end.

All of this is present when late at night I am unwinding at the ipad. We were using one at his end to play Solitaire when the card handling became too much.

I still play winning hands regularly. If I find myself losing more than a couple of times in a row I quit playing as I know I am out of sync.

Something remarkable happened a few nights ago. I was doing my regular thing enjoying Solitaire. I told myself only another few deals as it would be good to go to bed. Since it takes me a minute and half thereabouts to play a deal so another five minutes wouldn’t hurt. Those of you who also play Solitaire at night know from where I speak.

I became aware that I was winning. And I certainly had an element of disbelief while in the moment. In playing I will use the hints when I can feel I am not tracking as well as I might. I pick random deals always. I delight to just play it out and see where me and the machine go.

I kept winning. Eventually out of 50 games I lost 2 or 3. In the probably altered state that I was in, that is the best I can say. For it was now an hour and half later than late for me to pee and go to bed.

In the big scheme of things what happened was not going to mean anything except to me. My husband would not have appreciated me waking him up for share my experience with. I am not going to Vegas to play the cards or machines, to test myself and the House. I would just enjoy the moment of something different, of wonder, that was present.

It will fall into the realm of folklore and myth to be shared by appreciative audiences. For that audience will be appreciating the possibilities in life when you are not attached, not concerned with outcome only the state of potential, that Fuzzy Photons Playground that is real within each of us as Consciousness. I have friends who have and continue to demonstrate the same dynamic in their lives.

As Self we will question till the cows come home. Magical moments filled with fantastical actions can happen all the time to each of us when we realize what is possible in being human.

And that moment will linger in my lifetime for me to call upon when I need it. It will cause me to smile in myself at myself as I hear God laughing about what I notice about life. It will only be forgotten when it no longer serves.

I will always remember my dad’s impish smile, his soul in his eyes, crack wit and dried, cracked hands, sharing his favorite singers in the ear buds. The rest only adds window dressing.

Posted by janetandbeyond.com at 6:57 PM