Consciousness and the Habituated Thought 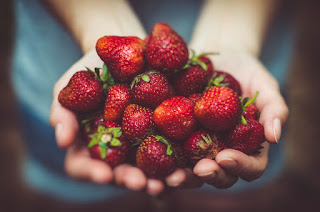 Habituated thoughts can be like choice fruit. You can have a handful but you are going to only pick the same one over and over. It becomes mesmerizing. It has this seductive quality. It reaches someplace inside that other thought doesn't reach. We slip into thinking that it is the only one that will do. It can be the curse wrapped up in the enchantment that lures us in and then we are caught.

In group and with clients and with ourselves we were coming up against the habituated thought.

Is there a new way to consider them? Using our consciousness technologies and accessing heart centered awareness is the trick. and it isn't a trick but a way of life. A new way to look at, or feel our way to new levels of thoughts. We will always be thinking. What if it was easier to just shift what doesn't serve us as it once did? Do we have that ability? Do we have the necessary framework in place and flexibility of thought to allow for something new to appreciate and hold our focus?Are we ready for new discernments as Consciousness?

What came up was the willingness to wait. To wait with the thought and allow it to be. In waiting and not trying to do something or to judge how we felt about the thought it started to change on its' own a bit. All thought has consciousness in it. We have created it. So depending on how we relate to our thoughts, meaning can be observed and chosen. If we are neutral and without the bias that created the thought originally change can happen in the observation.

A client is 90 years old. She was impressed with her logic about how she was not lovable, though others loved her. She felt that it was not possible to love herself and her story supported that when she was a child and it led to thinking a certain way for a long, long time. Yet, that was coming not from logic in her experiences but in skewed logic which is not the same thing, is it? Her sense of logic was coming from her biases that fulfilled her story beliefs which was not the same that others used to view her. The awareness hit her right between the eyes. Her habituated thought about herself in the scheme of things came loose.

Just return to Heart Centered Awareness and wait and notice what shows up.

Posted by janetandbeyond.com at 4:22 PM