Consciousness and Recognizing the Hero 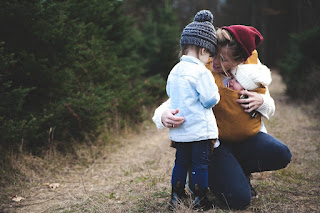 Last week I was writing about how we have been in a state of creating a Doomsday/Armageddon consciousness in our entertainment and social media fields for the last several years. What do we do about it?

This is a great example of how powerful our emotions and thinking are in creating projected collective reality. We are generating and living in a fantasy war mentality of reality and unfortunately war usually includes winning and losing in it's dynamics. Ordinary men are not powerful enough to solve the problems. We need superheroes, leaders who do all the work and carry on the burden of existence and we follow behind safely behind in the distance.

We have a need for superheroes when we may have a sense that we are not powerful or heroic enough to make change and conquer whatever we deem enemies out there. Emotional states run high and generate muck everywhere.

This is not true. Man repeatedly demonstrates the innate ability to change his world and himself.  If we created something we can destroy it. We can also destroy what we have not created and take for granted or appropriated out of greed.

The truth is that we are each powerful enough to be a hero in our daily lives and when called upon to help to change the world, one person at a time or groups of people at a time.

It is not that hard to recognize those among us who we can admire for their courage, outstanding achievements or noble qualities. Everywhere are people of all ages and sizes, backgrounds, and ethnicity demonstrating what we would consider the best in being human if we only take the time to appreciate each other. Everyone else can be someone not being recognized who demonstrates heroic behavior all the time.

I see it everyday in my weekly consciousness exploring groups. Those who gather here and on-line with me are all heroes. Life has challenged us in our various conditions and guises. What is obvious to those outside of the drama, who are serving as witness and audience are co-creators of the heroic. Our hero may be oblivious. That is the power of the group, to give feedback of appreciation when the hero may not be aware in his play.

It is also not necessary for others to recognize us but it is nice. So often only after one is dead is a life or actions recognized as worthy of notice. Bias, agendas, alternate facts, alternate truths are always someone's opinion. They can get in our way to what would be obvious to another with even the same or different perspective.

It is also important to be able to notice that where one might be called hero in one context can be fallible in other contexts. And, then redeems themselves for admitting it.

When we choose to access ourselves as Consciousness we realize how we are engaging those around us. Our issues become ways of knowing and defining ourselves.

Help can be around us. Standing alone and standing with another offers strength in position in our physical world of contrast and balance.

You stand equal in company with those others who also go beyond their fears and feel up to the challenge. And sometimes it requires you to appear as a maverick, someone who is unorthodox or independent in thinking. Which is really a hero's position when you think about it. They go beyond the fear present and the perhaps reasonable limits to anyone else.  We witness and help and watch as they sometimes die in the completion of actions or live to do it all over again in another time and place.

My definition would also include someone willing to take on the status quo. It takes a strong vision and sense of rightness from within. We can be different from another but all are held in respect. We understand that we are not better than another, we are just different, as part of the spectrum of humans working together willingly or unwillingly in this dance of life.

A maverick or hero can be someone that others can and will follow in leading for change in a government or in a playground safety concern or being non violent when others are not, for example. It does not matter. All responses have value, all reflect one's values of self and community. and the connection between how we walk in our truth which combines our connection to self and others with our sense of inner directions.

For many of us who embrace ourselves as Consciousness in action, we appreciate where we are collectively and what we know to be true. That we are each part of the collective as life is evolving as mankind evolves. Doomsday thinking is only a mechanism to explore our fears of being alive.

It is time to explore what being alive is about, not our fears.

What if our explorations were about love of life? Does that change the orientation one might have?

Look at John McCain who just passed. He had plenty of reason to be bitter or angry as a result of his years as a POW. Or Nelson Mandela in prison for 27 years. Both men, and others like them took their experiences of pain and suffering and challenged themselves and us to do the right thing anyway. To go beyond the pain, to value life, appreciate the differences and similarities and extend a hand to a former enemy.  And to be willing to stand alone if needed.

Conflict makes for great fireside stories of tales of daring and feeling vitally alive with our often tormented heroes and heroines. It is nice to have cautionary tales to tell the young. And that happens only when we have learned our lessons well enough to have someone to pass them on to.

Posted by janetandbeyond.com at 8:00 PM