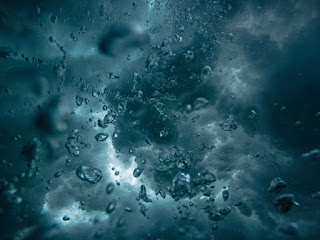 Consciousness is the All, It is at the essence of anything we recognize as being, as energy. It is a state of Potential.

Humans are the human interface of Consciousness. Not separate but a living organic extension that experiences information as a body state.

I grew up familiar with the words of God and in time Source, Universe to label and define my place in this world. I looked for something not limited to a father figure. Others may have other words they use. Some may reject any word.

When I found myself desperately exploring new ways to engage my health I came across the growing field of consciousness technologies. Quantum scientists use the term Zero Point Field, which is the energy of all space. It is free of emotions and beliefs. It is neutral. A cloud of potential will form as human, rock, air, orange, dog, etc. It doesn't really matter. The choices are made as expressions of Consciousness.  Not so much under the dominion of a whimsical or non attentive or un supportive dictator father figure up on a cloud. But my own creative dictates of thinking about everything.

These days I like the word Consciousness to describe what is every where and no where. It seems to be expanding. It is free of religious and spiritual dogmas. It is free of definition and most importantly morphic field energy. Our human beliefs and non beliefs create morphic field states of reaction and expectation like believer or atheist. Sometimes our other words create a sense of something out there is in charge. Our sense of ourselves as spiritual beings can be compromised by all of this. Our realities of being in a body and in the world around us can be compromised as well. Consciousness is subject to how each of us feel and think about it.

Being human allows for a particular expression as Consciousness. No matter the form it may take potential is still at the core as no thing, undefined. Within the living human matrix our bodies have sensory mechanisms and also an ability to form thought and generate subsequent thinking and in that create realities in thoughts that manifest in what we call as collective reality. And us in relations to the heavens and earth and the big picture of mankind alive.

What if all we think is true and real here on this planet and out in the cosmos is really just our thoughts being projected and is indicative of how far we have come in that projection? Just a thought. Reality is malleable.

Posted by janetandbeyond.com at 7:37 PM