On hiatus until Sept 14 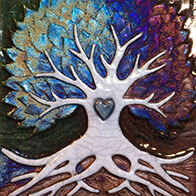 Thanks to all of you who have been working on me. It is making a difference.

Take care of yourselves.

Posted by janetandbeyond.com at 2:56 PM

Afterlife: Everything You Always Wanted to Know with Hollister Rand Part I

How many of us have experiences with those who have passed from this physical realm? World renowned medium Hollister Rand will provide new insights into the awareness of what comes after death in the continuum that Life is. Her new book is Everything You Wanted to Know about the Afterlife*But Were Afraid to Ask. Hollister has been in communion and communication with the spirit realm as a medium for over 25 years. Find peace and solace in the knowledge that our loved ones never truly leave us.

Check out this episode!

Posted by janetandbeyond.com at 8:57 AM

JIE Episode 43/ The Realm of The Medium

Episode 43 Blog The Realm Of The Medium

My guest for Episodes 43 and 44 is Hollister Rand. She is a well-known and respected medium. Since early childhood she has had the ability, the openness, to communicate with the spirit realm. Her new book Everything You Wanted to Know about the Afterlife*But Were Afraid to Ask is a great manual into the world of the medium.

She offers clear information and language for the novice, the curious or the natural to navigate this realm. She answers questions that might surprise you.

Here is a comment from her book introduction. It rather sums up to me what mediumship opens us up to, curiosity and the value we give to Life.

“As a medium, passionate curiosity is to know the truth about life and death has fueled my connection with spirits. I have always wanted to know the answers to big questions like “Why are we here/” and practical concerns like “Will I be able to eat what I want in the afterlife?”

In Hollister’s terms she refers to loved ones who have passed over as spirits and ghosts are those energies that have agenda still with the physical realm. Spirits express through the vibration of love and ghosts out of the vibration of fear. I like this clarity and distinction.

Choosing this time in history and virus to be alive is offering us opportunities to open and unfold into our senses and become comfortable in new ways. Being able to be open to wisdom from our passed on loved ones is enriching. The veil is thin between our physical and non physical realms. It takes only a matter of tuning to receive in our expanded sensory awareness. One of Hollister’s joy is to share with us how easy it can be for each of us to be in connection with our spirit guidance.

Some of us speak and listen to the dead easily. It is no big deal when we use consciousness technologies as we appreciate that time and space are malleable, and the forms are only illusions of information and thoughts. Our attachment to the physical form and the rules we think we exist in our realities of BEing and beings are fluid.

Our spiritual realms are our core essence and our collective awareness as Consciousness and everything known and unknown, manifested and unmanifested, potential and energy. We can unify behind one being or in being One.  Both will embrace the information available in the realm of the medium in different ways. The truth is that if you are in the reality of Oneness, shared morphic resonance then is the bits of information and photons dancing around and in us, and all that ever was still is. Those that we have had relation to in this time of awareness are still present, just in changed form. It is nice to know we are not alone as one might think.

Spirits will help us realize that often what we think is important is not. Our illusions about what life is are mutable. Solace and comfort from our own thoughts are possible. The unexplained can be explained if it is important and known. Our emotions are important and yet can be limiting.

BE open to your curiosity. BE in a sense of gratitude that you had experience together and release and let. Release what you think is important. Let yourself feel different.

Podcast Host/Journeys Into Enlightenment with Janet

Posted by janetandbeyond.com at 1:42 PM 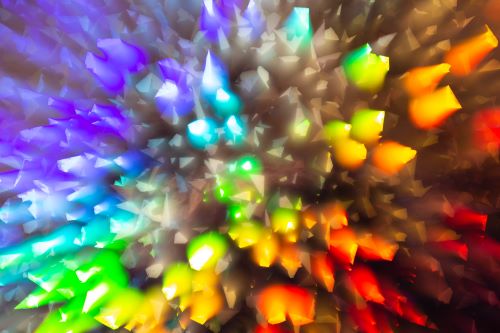 Question what you see. Be curious today.

Take the time today to explore something new, something old or ask a question and let the answer show up. Listen.

Let go of social media for the day. Use your device to explore and find out more about?

Be open, to learning something you don't already know.

Notice what you follow, where your attention takes you.

Consider the dream you put away long ago. What if this is the perfect time to change the direction of your life?

In all the upheaval you are experiencing, where is the joy you left behind that can now be found again?

List 5 things you think are true and consider them again. What do you think you know for sure or on reflection, is only an assumption of someone else?

What is your favorite color and is it in your wardrobe? Your house?

Curiosity is one frequency. It can not coexist with fear, another frequency. Which one is more active for you? What do you need to let go of to experience more curiosity?

What is it like to feel anticipation instead of judgement?

Life in the Beyond/Journeys Into Enlightenment

Posted by janetandbeyond.com at 12:21 PM

All life dynamics are flows of information. Illness and disease are disruptions in the flows. The reality of healing is being able to see into and beyond what is in any individual human designed body. George Thomas is a practitioner of Focused Mind Healing and other quantum healing modalities. Together you will feel as they share what the updated version of psychic healing in the quantum realm is all about, using the power of imagination to alter physical tissue.

Check out this episode!

Posted by janetandbeyond.com at 1:29 PM 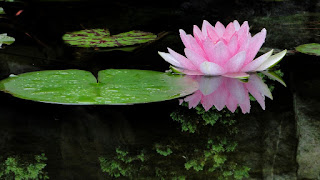 Stress builds when a system is at capacity. We are dealing with this as reality in our medical issues and in our interior spaces.

Each of us is somewhere on our personal threshold of redefining our Self in these times of virus. It is important to remember that this is only our limited viewpoint we hold about our Self. For we are much more and when we relax and let shift happen as part of our rule set we are better able to enjoy the ebbs and flows that Life embodies.

Our capacity to tolerate differences is limitless when we reach into our senses as Consciousness. Our mind that holds our illusions of who we each are is a system. A system of beliefs of set bias, perceptions and orientations to explore. This system builds references, patterns of story and behavior of thought and feelings to reaffirm itself and sustain itself. It is neither growth or flow oriented but sustaining in dynamic once it hits its capacity

Right now we have the opportunity to interact globally with pandemic energies as we each are becoming aware of our system of connected thoughts and actions that have been held in the shadows running our sense of the Light. Our society is reflecting as tension on so many fronts from virus and racial bias. As they are exposed into the Light, we have opportunities to clear and expand into being Light. All part of a natural progression we call Life.

But all too often we settle and interfere with our ability to naturally learn and flow. Not learn and grow but learn and flow. Growth can happen when one is maturing but if we think in terms of learn and flow you can feel the energies shift. Information is coming into us and awareness can become an outcome. Doesn't have to in a closed system that Self most often is. But, in an open system, awareness will flourish. The illusion of Self responds differently and empowers flow to happen where the learning is opening, interpreted as useful to Life itself as a system of variables. There is no sense of resistance. There is no surrender. There is only flow. And, in the process we find ourselves, our systems of body, mind and what we call Spirit, in flow.

So much we find in life is in terms of blocks, problems, patterns of traditions that stop us in our tracks. We can develop the habit of making things bite size to better able deal with them. We do it in our thoughts and our abilities as we compartmentalize and itemize and sort and separate the human experience. Our thoughts, our feelings, our associations, our bodies, and those things we interact with out there, what ever that may be. It is important in the physical realm but not so much elsewhere when we fixate on our findings and become clueless to orientation and history of context.

Context is important as it is framework for the word, the thought, the issue, the conflict. A part of our uproar about racial bias is often about our coming up against old and new context. Like our forefathers who created this democracy and stating we are all equal and yet somehow okay to having slaves and holding women as chattel at the same time. I think the We used was really the Us who are writing this.

Much of what we take for granted is old thoughts held in different context and applied to the now. Like our conversations about the 2nd amendment and guns and militia. Different times, different societies, different technologies. Intelligent men of all kinds thought slavery was the way to maintain lands and title. There are men all over the world who think women were and still are slaves to male desires.

If you have any awareness of history it would have to include that slavery is as old as man. Often one went to war and took prisoners who became slave labor to the victor. Often those who rose in power of entitlement came with the illusion that others were slaves to them, no longer equal and so treated. They were now the defeated, the downtrodden, humanity lost. Around the globe. It was how the Greeks held power, the Romans rose to power, the Chinese over their clans, Aborigine cultures and Africans alike. This is nothing new.

And then there are men throughout history that have valued one another and women as equals but different without fear.

How much of what we see in our world of human interaction right now is about fear as tradition at its' core?

Be open to a new thought, learn and flow.


Posted by janetandbeyond.com at 6:43 PM