Consciousness and The Pool of Permission 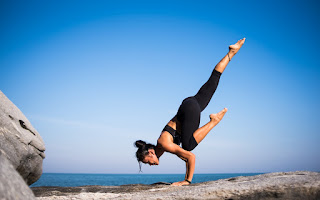 What would it be like to have permission to BE? We probably don't know what that truly means though we may be aware that we feel less than optimum.

Last week we were exploring fault, no fault, blame, no blame. Identity started dancing. This week the pool showed up. It was the Pool of Permission.

One of those wonderful spontaneous moments that group is filled with  always, happened. It was some thing for all of us to share in individually. It appeared as a small circle about 2 feet wide in the concrete patio floor in front of one of us. I invited them to step in, with the understanding that they were who they thought they were standing in front of it. And if they stepped in they were in permission of being.  And to register the difference.

All of us took our turn stepping into this new pool of reality. Some of us stepped forward into it, one felt the pool come to them. Some went underwater in it like a hole in the ice, some stood in it as a puddle of liquid energy and felt it wick it up their legs. Many were knocked back into their chairs. It was felt by all in some way personal to them. It came out my fingertips and sent information into the cosmos. Not so much fireworks but something else.

The differences were noted. We were all surprised by what showed up in this spontaneous state. There were eight of us present to enjoy this. One gave herself permission to be loved. One, I think, came himself time with his family. One only knew that things would change. I gave myself permission to go beyond my definitions of my stories of self, to give myself permission to not care about right or wrong. In this moment i am not remembering the others.

Later that night I shared this with those on the free monthly conference call that is part of our radio show Conscious Conversations with Joan and Janet and we felt it again.

I invite you to join us. Make some time to access Heart Centered Awareness, the Field of Unified Consciousness. Feel your physical heart and appreciate and enjoy the beat. Then, notice the emotional terrain and all the emotional charges that are active. and just let them be as you go neutral. Then breathe in the core essence of All, where we are all One. This the Infinite Sea of Potential where All is and isn't.

Notice the Pool of Permission. It is there somewhere and bring it forward, right in front of you. Feel it waiting, extending itself to you. Decide to swim or bath or just take it inward in some way. Notice yourself now.

What would be different if you gave yourself permission?

Posted by janetandbeyond.com at 12:03 PM