Consciousness and the Last Few Days of Resistance 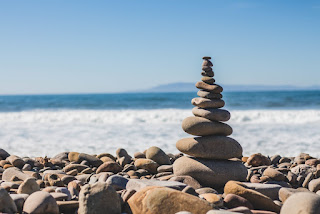 On the last few days of 2016 I was noticing how Resistance was showing up to play with in clients, group and always, in myself. By its very nature it is hard to deal with or engage.

It's ability to dictate and confound us can be felt in many ways. Some might include the defiant child. It can be the stubborn spot on our soul. It can reveal itself in the non changing state of some issue.

How to be neutral to it and work with it requires respecting it just like anything else we might be dealing with. It may have a personality, truculent, pouty, defiant, spit in your face attitude and that is okay. It was set in motion for some reason and is one of many ways to explore Consciousness and Life. That is acceptance.

But I am witnessing where the self awareness within this dynamic is supposed to feel bad. We are often in judgment and not in acceptance of how it serves, only how it controls. And then, like fear, we are reacting to the fear of the fear, not the issues. We then are reacting to the resistance of the Resistance and not the protective nature gone wild.

Our challenge then is when it is in the way and forgotten it's role to play in our lives. Checks and Balances are important to have in system designs. The egotistical nature that Resistance can take on is all about resisting for the sake of resisting and that, like fear, can be compromising.

Being able to say no, I don't want to, are part of the developing self. But when they are attached to safety not being kept it can take a life on of its own. The child that it can attach to won't have vision or answers beyond what it wants in the moment. It will suck all the energy out when that energy can be used in other ways.

We did not to try and control our resistance but to notice what was involved in non threatening ways. The words in group that came up were conundrum, paradox, catch 22. We got lots of answers and awareness of words once spoken leading to limiting beliefs and resultant behaviors. Some not accessed before. The resistance had been that strong for several years in creating blanks in memory.

It had become something to be proud of in many ways. Often it is associated with The Resistance that happens in wars, or in taking down governments, where the subversive nature is embraced for change. If you get caught you can be labeled rebel, get tortured and killed and die a horrible, honorable death. How nice. Or not.

The body is a system and in this one cancer is running rampant. Sugar and it's taste was part of the resistance at play and blood sugar levels feeding the cancers are keeping proper and appropriate treatment at a distance. Not useful. The need and want to have all the sweet our defiant child wants is killing. The cancer is resistant to change.

Answers for this tough situation and behaviors acting out is go to Heart Centered Awareness, the Field of Unified Consciousness. Only there are the answers for each individual. We found that it wasn't about the cancer as killer but as vehicle for change. A way to wake up and quit resisting. We are so creative.

In what area of your life does Resistance play in? What is the nature of your resistance? How does it serve? What is it holding hostage?

Realities shifted. The bravery, courage and resolution we each have inside to accept who we are from within love of self and being and play in our sharing is awesome. Acknowledging that we are each representing some facet of Consciousness for each other gives us a way to notice and introduce patterns/conversations we hold inside.

We don't fix or save or even help. Our context reality is that we provide sharing of awareness. Resistance has no interest in being helped often. Or it has a habit of being disappointed. So, it thinks it is fine' thank you! Helping actually can make it more reactive. Instead we provide more awareness from a non judgemental state which is entertaining and non threatening and allows for that child to move off it's axis and become something new.