Consciousness and the Words 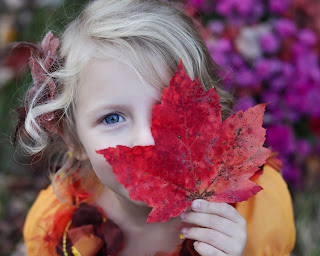 We are noticing that within the unfolding of ourselves these days, we are getting in touch with our base concepts of being. How very exciting when you think about it. In group the words that came up reflected this.

The English language can often provide more than one meaning and often the totality of associations found within one word. There is often duality present.

The following words presented themselves as we looked at the energy before us. A new story was making itself present but being held back from engaging by her old story baggage. Another story of the neighborhood feeling safe when threatened by people not respecting the rules of community and then another story of not remembering that one was okay, always, no matter the surface upset. All sort of related even though they were from three people. All three stories of thinking and feeling had at core the flow of these words:

It was all about how they were in each of us. Who knew? That is the fun of group as we explore life.

Entitlement is about the amount of right to something or the deserving of privileges or special rights. Which is about separateness really. Worldly and sophisticated were more about the concern of material things than spiritual awareness. Naive is about lacking judgment, perspective, natural and unaffected. We could see how the push pull of conflict was present in the words themselves and how we use them. How do they reflect and work within us?

In our work as Consciousness experiencing itself from a more knowing position, do we celebrate innocence and naive or judge them for being so? The story of Adam and Eve and the Apple of Knowledge came up. And how we might be still beating ourselves up 2000 years later. Sin and suffering were part of it all.

We have become a society that celebrates things and having things and that is our measurement of accomplishment as human. Not our heart and connection but our things and selection and inclusion of only a few. We celebrate the doer not the being. We frown upon the innocent and naive when that is what is at heart within each of us. How do we honor self?

How does innocence know itself? How do we be innocent and worldly? Does naive suffer in comparison to worldly and sophisticated? How do we hold our own in the face of the power of the disbelieve and lack of respect surrounding us and ultimately in ourselves?

In our open state of heart centered awareness we could feel our words flowing free, resistance shrinking. We go for a state of wonder and wonderment.

won·der
noun
verb
won·der·ment
noun
What state do you live in?

Posted by janetandbeyond.com at 5:15 PM